Some times God tugs at my heart to write.. But, yesterday afternoon I felt like He knocked me over the head to get my attention! It was the string of negativity through twitter that was the straw the broke the camels back! My blood started to boil with the twitters of judgment, racism and prejudice! At that moment I made a commitment to myself (and God) that as soon as I found a window of opportunity, I would obediently let my fingers hit the key board and let God do the talking! I pray that my emotions and past experiences do not prohibit God's ability to use me as I type today.

I want to finally respond to some of tweets, DM's and e-mails sent to me from random people over the internet the last few weeks. The majority of the negative e-mails were from people I do not know. I guess they felt the need to educate me (with what they believed was the God's truth) regarding the people I follow both on facebook and twitter. They sent me links to blogs, articles and pictures of certain celebrities gone bad!

My adopted mother would probably do the "Happy Dance" if she knew I was admitting this to the world! She used to say, "Don't ever say "NEVER", because that's when you find yourself in the same position as someone you just judged." I remember as a teen saying in her presence "I'm NEVER going to be that bad!" I can still see the look in her eyes and the way she quickly sounded out the words..."Don't ever say never"...Ugh! That was all it took! At that point I realized that I am never above another person. That at any time in my life I could easily find myself in their shoes.

You would think I would learn when I was told the first time about being prejudice or judgmental...but, no. It wasn't long before I was talking as if I was God's gift to the world and this girl in high school needing saving from her sinful ways. Then I heard my mom say, "Yikes!!! Do you want God to pull out the lists of all the garbage you carry??...Then why would you make a list on some one else?" Ouch!....My mother was right again!

It would be over 20 years later that I would find myself on the other end of judgment. People would look at me and it was as if they were saying "I'm never going to be like her". Gulp! I was facing prejudice right in the face!

I was now being attacked by the media personally with false allegations! I now know how fast people jump to conclusions based on whatever they read in a newspaper or heard on the television. After all if it's in the newspaper it must be true...right? WRONG!!!! The media had gotten word about my childhood! It felt like minutes and the world knew I was the daughter of a well known criminal! And I was a woman with a mental illness called "Multiple Personality Disorder" My husband and I had some of our closest friends abandon us (to save their own image) right when we needed them most.

When my past was made public, I believed that the twenty years my husband and I had given to children was forgotten. The label "Mental Illness" over shadowed the fact that we were awarded "The home to successfully rehabilitate the top criminals in the state of Colorado".

Some how the label that was placed on me that day, felt like the "Star of David". All Jewish people would have to wear the "Star of David" symbol during Hitler's reign. Hitler attempted to destroy all the Jews and create the perfect human race. Millions of Jews were slaughtered because of their race and religion! The "Star" was threaded on to their coats to announce to the world that they were not worthy of life. It was the worst killings in our entire history!!

I know I wasn't facing death when many found out that I had a mental illness....And I had no "Star of David" on my coat.
But, to me it felt like I was dying. I felt my world crumble around me as I realized that I was now the person who I "Never" thought I would be! I was now the one being judged by others...including the church!

Through all of the trials and tribulations my husband and I experienced, I have learned that no one is perfect. Hitlers hope of a perfect race will never be! Everyone has hidden parts (or secrets). And I'm sure that they live in fear that if anyone knew who they really were death or judgment would be around the corner. Or worse...maybe that person believes they too are the person that society will "Never" accept.

So I ask you, "You who are quick to judge a celebrity, a race, a certain religion, a life style...how do you really know that your time won't come when you will be judged for your belief, your race or what secret you have hidden?"

It was immediate that the State of Colorado quickly apologized for releasing confidential documents...but, the damage was done. However, I learned that we are all damaged and by admitting it we can support and educate others. The only way to survive the massive movement of judgment and prejudice is to educate society on "Multiple Personality Disorder" and "Mental Illness". I now invite you to walk in my shoes and look out of the eyes of a woman with "Multiple Personality Disorder" by reading the book "Looking Through the Eyes of an Unseen Child". Check out my site: www.unseenchild.com to learn more about me, my husband and the "Unseen Child Foundation".

I have a deep respect and admiration for entertainers. They are expected to come up with newest music continually throughout the year. When we are relaxing, they are thinking of the next holiday song, or the music that will be on the top ten list. Some entertainers pursue acting and that complicates life even more! Gosh these people have to put their hearts and lives in the public for the media, internet and tabloids to decide their ultimate fate. How stressful it must be to have little or no control over what others say about you. As soon as something personal in their life happens the tabloids know within a day!

I was watching on the television about Oprah and how she found her sister. It was a hard reality to see her tears fall as she stumbled with the words, "This woman is the only person in my life who hasn't sold me out for money or fame!" Can you believe the only person in her life that had not sold her out was a sister she never met!

Personally, as a celebrity I would have a hard time trusting anyone. I think I would walk around afraid to speak, let alone get up on a stage and poor my heart out to the world to judge! You're entire life can be exposed for the right amount of money! How horrible would it have been if I didn't have that privacy to find my siblings and work through all the secrets from our past together?! It makes my skin crawl to think that parents sell out their own children in show business! Then people on the streets, bloggers, tabloids and the media have the nerve to say, "If she didn't want the world to know her business, then she shouldn't be a celebrity!"....How dumb is that!!!

Also, how crazy is it that society insists the celebrities look perfect...but, at the same time bash them for doing what they must to look great! Ugh! They can get braces, hair dyed, and a make over. But, heaven forbid they get plastic surgery of any kind! We as a society pay them to look perfect and demand it...and yet can't wait to be the first to tear them down when they do!!!

So those of you who are spreading this trash...think before you press "Send", "Twitter" or "Post"...because it is inevitable that your day will come...you will be judged...because there is no perfect race, person, religion...etc. And just think, the next generation is watching us all...learning from us how to survive!
Please think before you speak. And speak with compassion and not judgment! 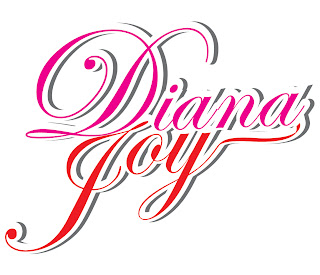 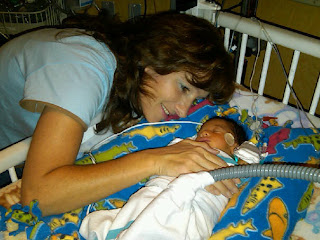