Thanks Leann Rimes for your kind donations to the homeless!

The Unseen Child Foundation wants to thank Leann Rimes for her kind donations to the homeless kids here in Denver Colorado. Also, we want to thank Denvers KYGO radio station for having us at the event Feb. 3 2011!

The "Unseen Child Foundation" needs you!!!!' 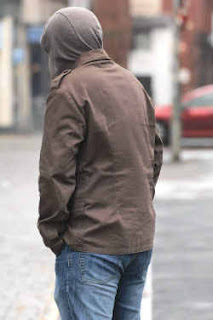 My adopted son is back after being gone for three days. The last two days have been filled with constant chatter of how NASA has a bunker and is hiding the reality that we are about to be attacked. That there are many in authority who are out to destroy him...as well as us. And of course the government is one big conspiracy!

I feel so helpless due to the reality that his therapy has ended after 3 months and will not start up again for another 3 months! So, we will need to keep him safe and focused for the next 90 days! Because he is now home, my job is to keep him in a structured environment and out of the way of the news. My husband wakes him up at 7:30 am and then we begin our day of following a list of chores or activities. While helping him keep busy, I have to hear the constant talk of paranoia!

My husband and I have been doing this for over 20 years. People keep asking us when we are going to stop? Well, right when it's time to retire...another kid comes across our door step needing food or clothing! Some will send a endless amount of texts through my phone asking for a place they can go to talk or not feel alone. Most of the text are always the same...the world is ending and they are going to need to get weapons or anything they can to survive. The texts are some times filled with Bible verses proving the end is near. These kids, young adults or homeless moms are just asking for a place they can go to, to connect with other people....just to feel safe with out any questions of where they came from or what lies ahead.

Since September 11, 2001 the problem has more than quadrupled! Denver has gone from 10,000 to 20,000 homeless! Dave and I don't take the kids that are just homeless because of abuse or aging out of the foster care system. There are plenty of shelters for those kids or young adults. The majority of our young adults are mentally ill or have a criminal record as long as a 10 story building...(ok...maybe that's a little bit of a overestimation!) But, when hearing why they are on the run...it sure feels like the list goes on forever!!!!!

The only homeless young adults (or teens) we see are the ones that wander the streets, talking out load to nobody. Or hanging out down town trying to make a connection with some one to warn them of what danger is ahead.

There are several you won't see. Those are the ones that only come out at night. They hide due to the reality that they need to stay "Unseen" from the police or others in authority. They can't go to a shelter because that would require a name....that would put them at risk of being arrested. So, what can we do for those children and adults?.....Ignore them? Continue to let them be "Unseen" and continue the cycle of abuse on to their children? We need a place that the young mothers can go with their children...that require no name to receive help. A supervised environment that won't ignore the homeless. That will give them mentoring and resources (like computer lab) to get a job. 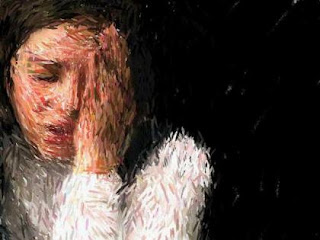 Most of the women are in a relationship (or married) to a pimp or abusive adult. Unfortunately, a lot of the men are up to 10 or 20 years older than the young women. The young woman often will have more than one child and suffer with some type of "Mental Illness" or "Post Traumatic Stress Disorder".

So, now you know about how the Unseen Child Foundation came to be. 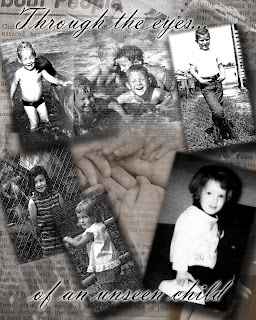 How can you help the "Unseen Child Foundation"???
We provide:
*Clothing Bank - Clothes for all ages needed! Especially birth to child size 16.
*Computer Lab - Apple donated computers so that the young moms, young adults or homeless teens can get their G.E.D
*Mentoring Program - Volunteers needed!
*Back to school Back pack program - School supplies!
*Christmas program - giving gifts to children who would otherwise not have them.
*Thanksgiving program - giving a meal to a family who would other wise not be able to eat a meal on the holiday.
*Annual "Baby Shower" that provides diapers, wipes and items that most government funded programs do not provide.

The most important gift you could give the "Unseen Child Foundation" is a building! For almost 20 years we have been "Mom & Pop" program. Which means my husband and I have been working this alone. As of 2 years ago we became a "Non-profit - 501 C3". We now have volunteers...but, need many more! Most of all we need a building to run all of these programs. The stress of having people come in and out of our home has been too much. Due to the reality that we live in one of the lowest income area's in the largest county in the Denver Metro Area our needs are extremely high!

Go to www.unseenchild.com and help us help the homeless!!!

Diana Joy
Posted by Diana Joy at 7:59 AM No comments: